Modern Art: A Game of Art and Commerce

I love board games but I don't play a ton of them. Getting together with friends to play looks something like playing a game or two after work or getting together for a couple of hours on a weekend. I try to find a few, streamlined games that are quick to learn and pack a punch in terms of experience instead of chasing all of the new hotness or finding expansive experiences. This means games like Modern Art spend more time at the table than a beautiful and complex game like Root. 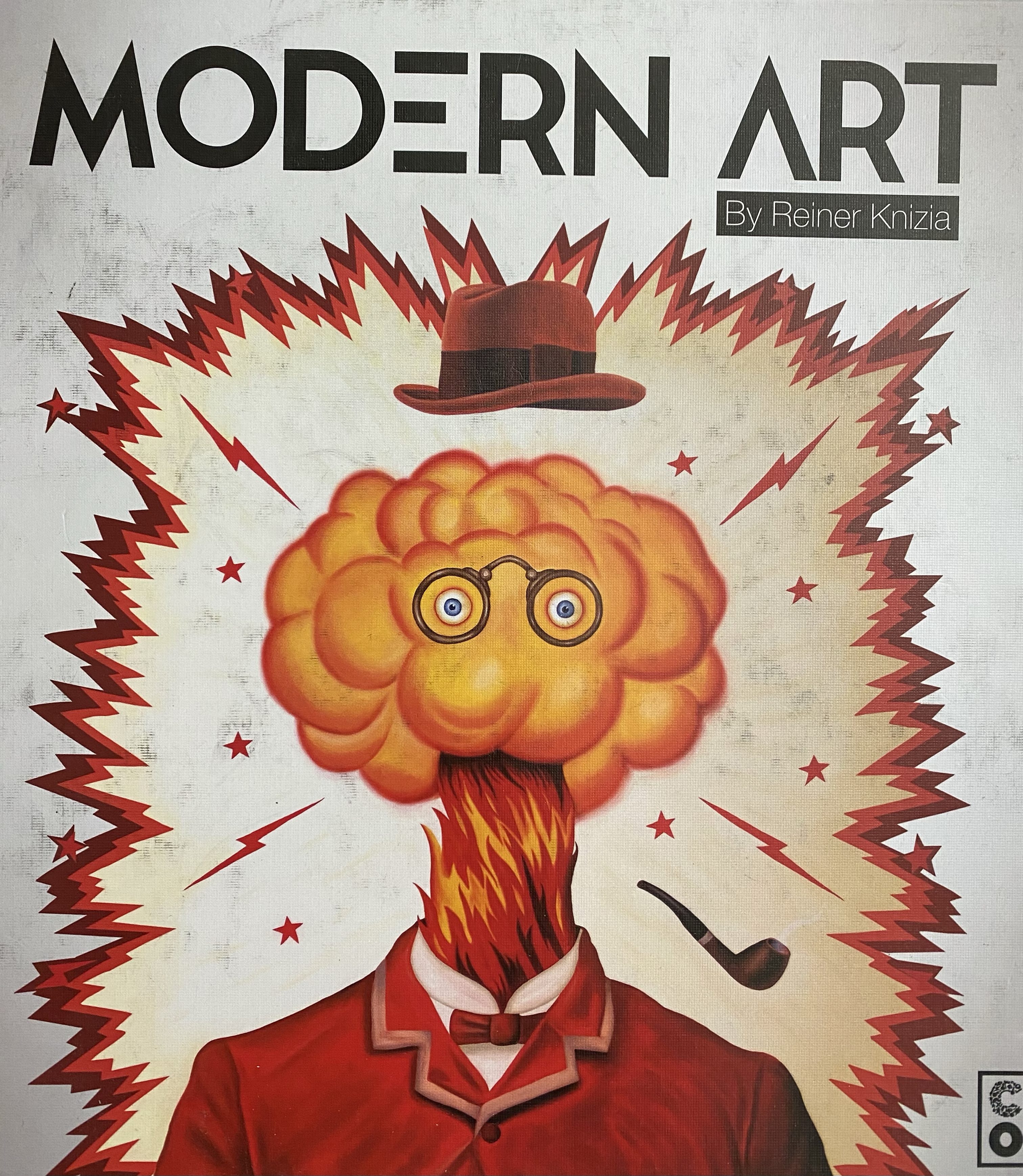 Modern Art, the game I'm talking about today, streamlines the auction mechanic to its purest form. Each player takes on the role of a curator for a famous museum (with a generic name) trying to collect modern paintings. This metaphor doesn't quite hold up as you spend more focus selling art than you do collecting it, but it sets the mood and theme. Each round players take turns auctioning different pieces of art by one of five modern artists. The goal of the game is to sell each piece of art for the highest amount possible by manipulating the market so that the artists you collect are the most popular and thus the most valuable.

Reiner Knizia is one of the most prolific and famous game designers, with hundreds of published works. While he has many clunkers, the sheer number of hits speaks to his prodigious ability. The hallmarks of his designs are his use of economic systems and the way he uses multiple systems to interlock and create a dynamic experience that any on their own could not manage.

This is the opposite of a game like Food Chain Island where there is a single system representing all that is possible. There are two primary focuses in Modern Art. First, the auction system determines how much money you spend to purchase pieces of art. Second, the value system that determines how much the art you sell is worth. Each on their own is unimpressive. Together they are spectacular.

There are four different types of auctions (Open, One Offer, Hidden, and Fixed Price). Technically there is a fifth, but it amounts to auctioning 2 pieces of art off instead of 1, so it’s a level of intrigue I’ll let you discover on your own. Each type of auction is straightforward and easy to understand, adding variety without much complexity.

In the single bid scenario, you go around in a circle once, with each player either raising the previous bid or stepping out of the bid, ending with the player who called the auction. Each player has time to think or gracefully bow out, and the person who played the card is in full control of the situation.

In the hidden bid scenario, everyone selects an amount of money, hides it in their hand, and then reveals it all at once. The highest bidder pays the cash and takes the art. Once again it’s a discrete, single bid. You decide the amount you’re willing to pay, and you put it in.

In the fixed price bid situation, the auctioneer names a price. Then each person goes around the circle and decides to buy it or not. If they agree to pay the money, they pay the auctioneer and get the piece, no one else has an opportunity. This one also has a number of guardrails here for the auctioneer. If they’re nervous about what amount to spend, they can choose the highest reasonable number they would be comfortable putting down. Or, they can risk it and try to see how much money they can wrench from their opposition’s hands.

The final, open auction format, is the loudest and most boisterous. It’s what we think of when we think auction. Players bid each other up until the auctioneer decides it’s over. But when the mood gets set by the relative calm of the other rounds, the open auction tends to be less boisterous and more of a delightful diversion. Like a hum that slowly increases in a library only to be shushed by the librarian and back to quietude.

But the payout system holds the shifty magic of the game. The round ends whenever the 5th piece of any artist has been put up for auction. Then, each artist is ranked for that round based on the number of pieces sold. The artist with the most work sold adds 30k to their value, the second most is 20k, and the first most add 10k, the remaining artists get nothing. Players then exchange their art for the value of the artist. This creates tension within the round (which artist will take the top spot?) and throughout the game (how can I add to the cumulative value to the art in my hand?). This leads to moments of delight when an artist spikes in value or disappointment when a piece of art you spent a lot on becomes worthless.

Often when we talk about “punishing” systems it’s in reference to systems that have a high cost on our ability to win a particular game. For example, chess might be considered punishing because one wrong move can obliterate your chance to win a game. But the social element of auction games can offer its own form of exhaustion and punishment. Constant negotiation is exhausting and I tend to avoid those types of games when I play. But because the majority of auction types don’t require direct negotiation, the game doesn’t wear me down the same as other negotiation games.

This isn’t to say social pressure disappears from the game. There are still opportunities to over (or under) bid in a round which can lead to uncomfortable moments if that’s not what you’re looking for. But when I found myself in the right frame of mind, the pace of the game often led to each player taking turns looking foolish, reinforcing the “we’re all in this together” feeling of the game, riding through the ever-changing system.

The Value of Theme

To me, auction games are a lot like deck-building games in that there aren’t many different ways you can dress them up to change the shape of the game. To that end, I think Modern Art marries the theme of the art world with the craft of the auction mechanics to create the defining entry in the auction genre. 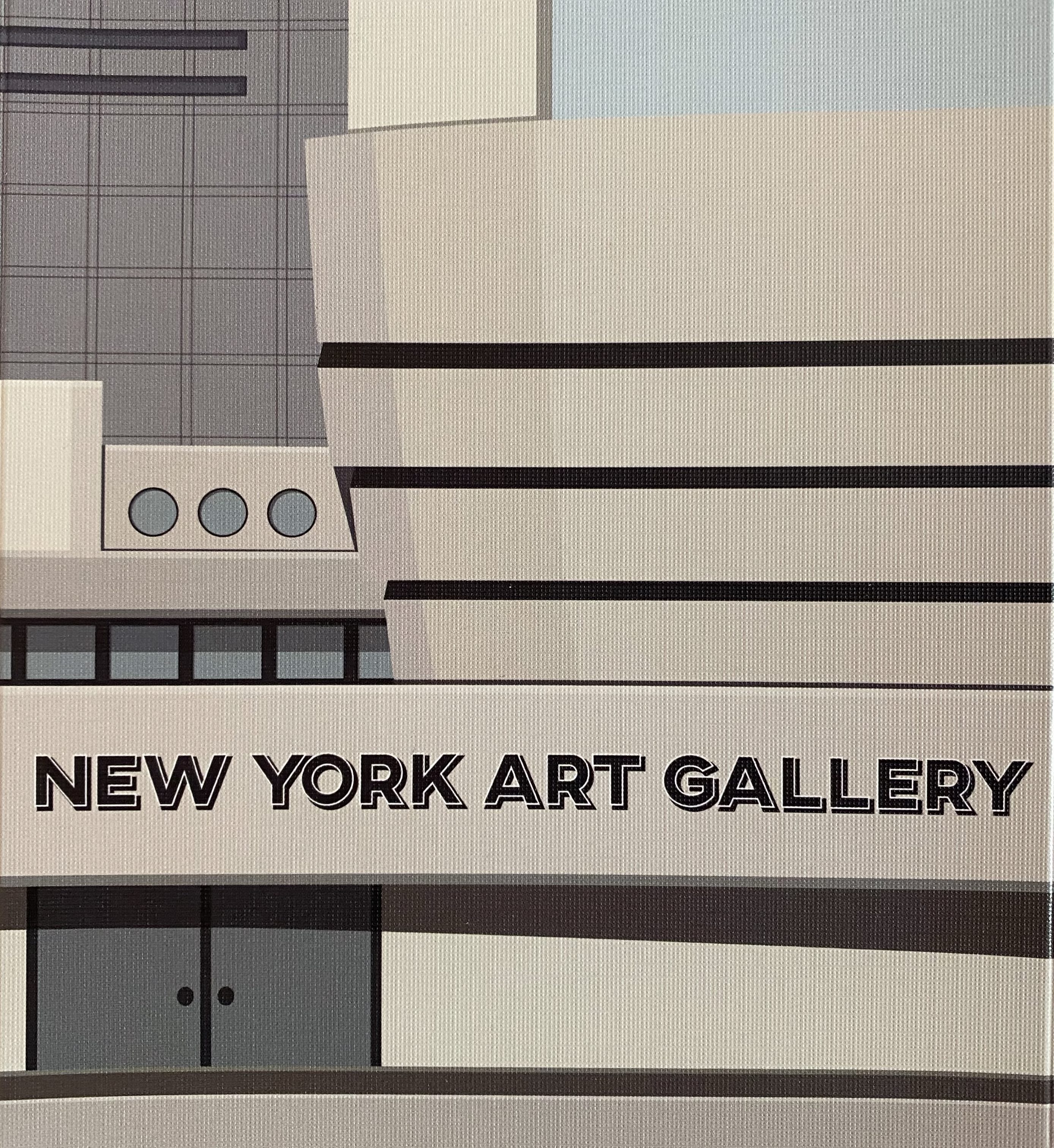 The art world is a perfect setting because it encapsulates the arbitrary feeling of the monetary value of art, with the cutthroat way that the art values have a direct impact on your ranking in the game. It also encapsulates the capricious swings that can occur when an artist you were pumping up suddenly has their value disappear. 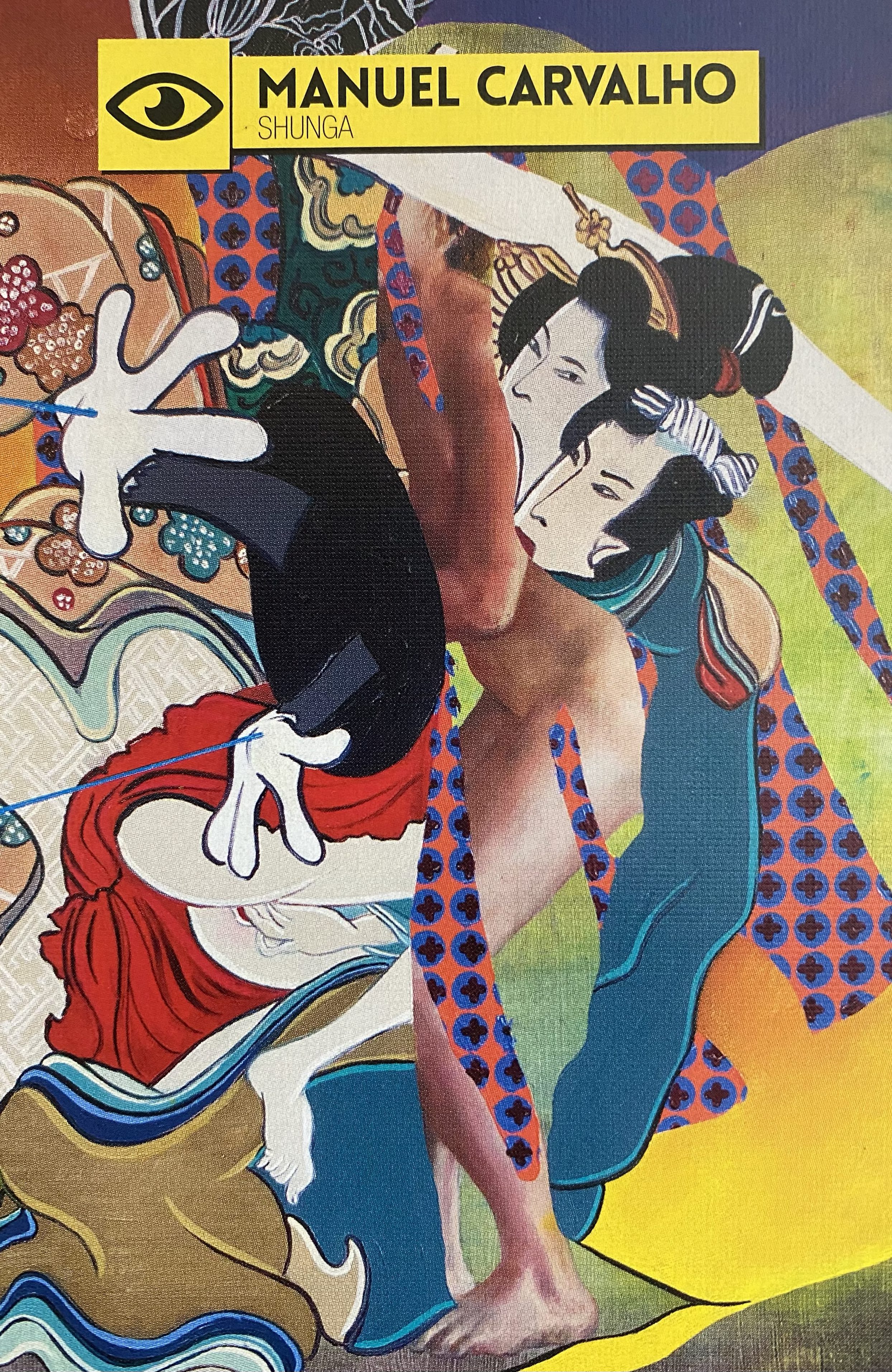 It’s also possible that a different economic setting could map onto these mechanics, but the art framing helps create a light, disconnected mood. And the art itself is fun to look at. In many of the games, I played players would tell a story about the art as they put it up for auction. Many versions of Modern Art have been released and each one uses a different set of artwork to represent. The one I have, by CMON games, features big cards with images that bleed to the edge. The cards feel like you can hold them in two hands which adds weight and heft to them. The borders make them feel expansive and give them presence.

Find the Right Setting and Play the Game!

Modern Art is a tight game that’s easy to each to a variety of players. It has a depth that can hold players looking for a depth of strategy and has an easy theme that story-driven players can shape to their needs. Even so, auction games are dependent on mood and location. They’re not for playing in a quiet library or if you’re feeling socially drained. But in the right setting, when you’re ready to test wits directly with close friends, you’ll find rollicking good times. The mix of uncertainty, depth, and surprise from seeing how your friends bid. Is fun. It feels like a game that exposes things about your friends that you didn’t learn before and in unexpected ways.