The Fox in the Forest: A Delicate Dance

Fox in the Forest is a trick taking game based on the classic “Hearts”, shifted from a 3-4 player game to a focus on two players. The structure of trick taking games comes from the restriction that you have to “follow suit”, i.e. play a card in the same suit as the other. The game is played over the course of a number of deals. With each player winning points based on how many tricks they win each round. First to 21 points wins. 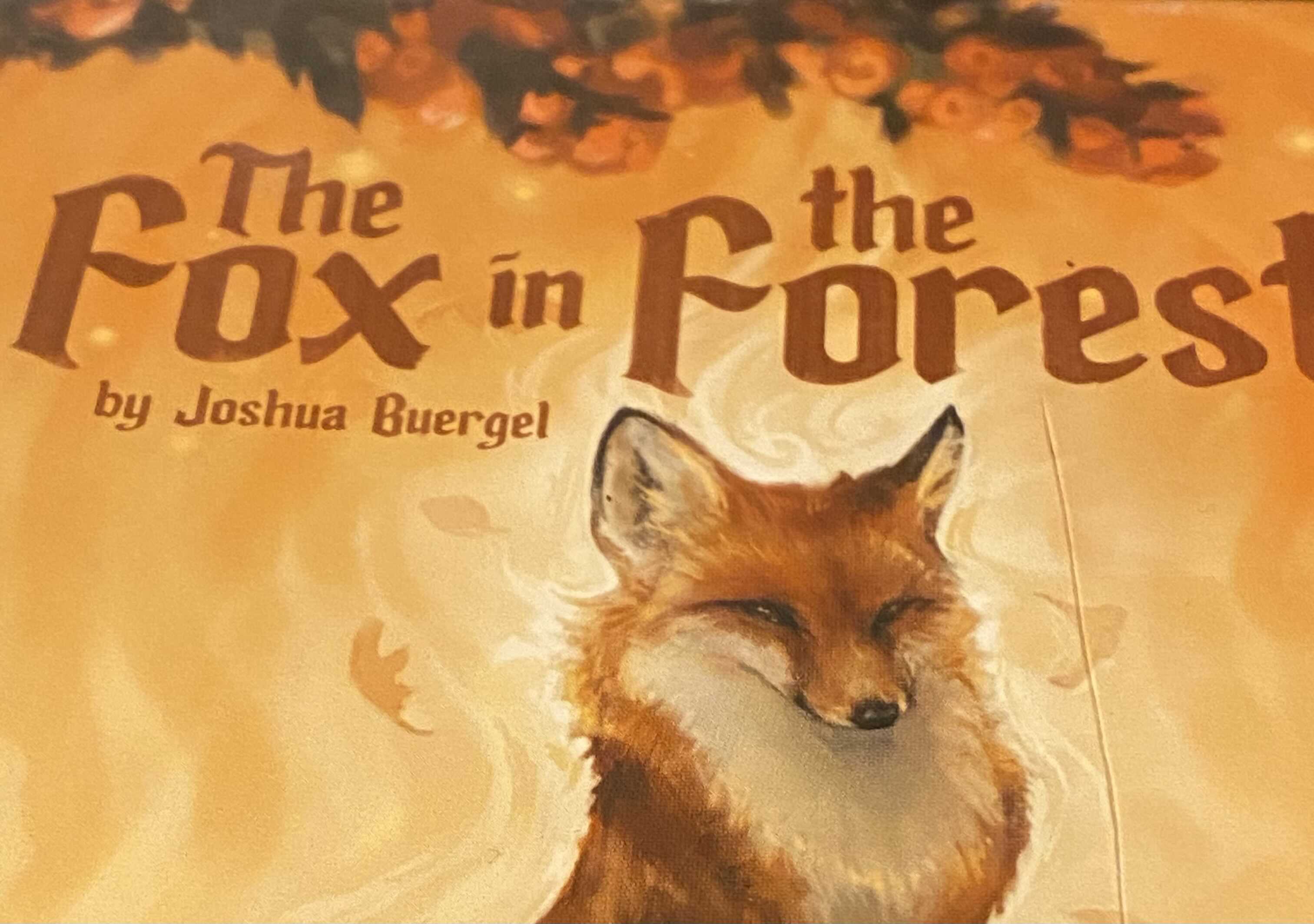 Fox in the Forest is a delicate game. You can see it in the artwork, the iconography, and even the game design. Playing the game feels like being a part of a fantasy world with a royal opponent. Delicately playing cards over tea but with dire consequences.

Fox in the Forest is delicate because it packs meaning and importance to each turn without overcomplicating the game. For many games where every turn is important, what that really means is that whoever makes the wrong move first loses the game. This is not the case in Fox in the Forest because most tricks are unimportant, but finding the ones that you can win required skill and patience. At any moment it feels like the game could break open and reveal who is clever enough to win.

At the start of the game, each player is dealt 13 cards, for a total of 13 tricks per game. This leaves a small number in the deck to show the trump (the suit that can “override” the leading suit) and some variability so that neither player has perfect information.

Keeping It In Balance

The brilliance of Fox in the Forest comes from the way the different components and rules feel as though they’re in perfect balance. Each of the systems of the game feels like they're in perfect tension with one another. 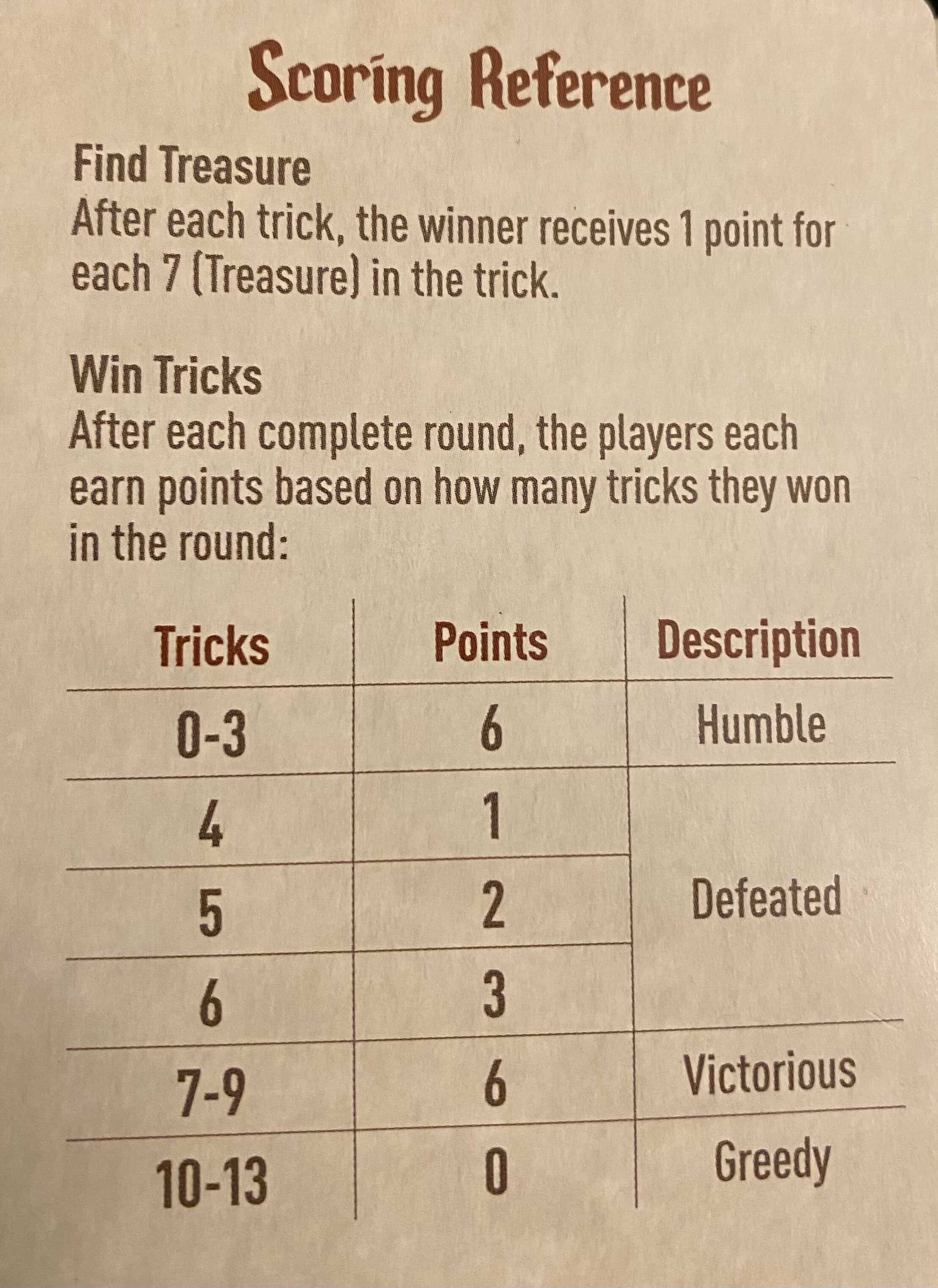 The scoring of the game works similarly to hearts, echoing in the rules without copying them. Each player scores based on the number of tricks they’ve won, provided by a handy grid. But you don’t score only based on winning the most number of tricks possible. Win too many, or too few, and you’ll score 0, whereas if you keep the number of tricks won by either player roughly even, you and your opponent will take home a similar share of points. The first to 21 wins the game.

This leads to each turn of the game, each trick, deciding whether your goal is to push higher, winning the trick and risking going over, or holding back, protecting yourself from overheating but risking giving all the points to your opponent. That tension makes the game fun.

The scoring of Fox in the Forest plays a role here too. Because you will play multiple hands, the relative value of the number of points you're aiming at changes. Early on you'll both grasp for 6 points (the max allowed) but often settle for less. Later, as you close in on 21 points, points scored mid-trick become more important, and the goal for one player becomes to shut the other out, lest they score more points in a deal only to lose the overall game.

The deck is different from a traditional deck of cards. There are 3 suits numbered one through eleven. If the deck were made up of plain cards the game would be a clever design with minimal replayability. But the odd cards are “specials” that break the rules of the game, or add twists to the play as you use them.

For example, the “1” card is a goose which gives you control of the next trick even if you lose it. And the “11” forces the other player to follow with their highest possible card of the same suit. The “7” will give a point to whomever wins it in a truck, adding the possibility for mid-game shenanigans, almost like point scoring in Cribbage.

These cards introduce variability, making the game a contest about deploying the right card at the right time, not just based on your ability to use logic to deduce your opponents hand and then shape their plays to your advantage.

The 7 alters the scoring of the game and gives opportunities for each player to score outside of the number of tricks they won. It can mean snatching defeat out of the jaws of victory, where you let your opponent escape with 3 points even though you “won” the deal and scored 6 points the normal way. It's a perfect example of the way the special powers add variability and tension without a lot of extra complexity.

Hearts scoring works a bit differently. In the game you're trying to avoid collecting heart-suited cards, the fewer you get, the better. However, if you happen to collect all the heart-suited cards instead of losing, you will win and the other players in the deal will lose. (This is an oversimplification. Here are the full heart rules for clarification: https://bicyclecards.com/how-to-play/hearts/) This is called “Shooting the Moon” because it's so risky and unlikely to pull off. But when you do it feels like a huge success.

Fox in the Forest captures the feeling of shooting the moon without replicating the exact rule. Because you can win a deal by having the fewest won tricks (0-2), forcing your opponent to win trick after trick can feel like shooting the moon. You're pushing them further and further, knowing that if you slip up once, it will fall apart and your opponent will win. Mimicking the feel of a game I'd rare, so when it happens I savor and appreciate it.

Funny Action at a Distance

There’s a concept called quantum entanglement where the position of two different particles “know” about each other even though they don't have a direct connection. The two-player leading/following mechanic in _Fox in the Forest_feels like this: you are bound to the player you sit across from, but without the ability to know or directly impact their play. You try to use the cards in your hand, and the information from each turn to force your opponent to make the moves you want, having just enough control to know something about what they'll do, but not enough for that to always be what you want. 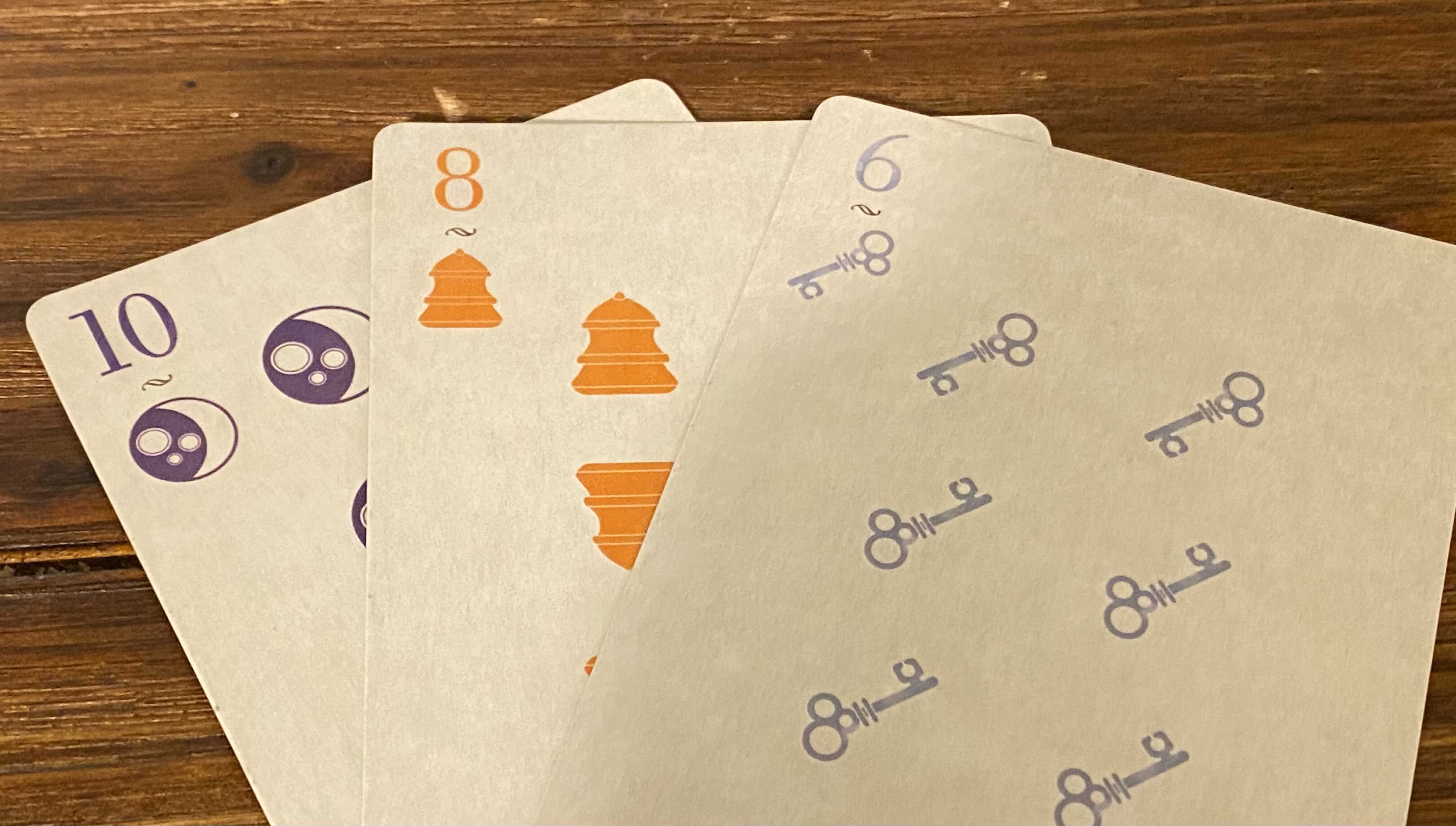 This is a different experience compared to larger trick-taking games that feel more like trying to ride waves of uncertainty instead of being locked in a dance with a partner you don't fully see or understand.

There's a Story Too

Fox in the Forest has a published fairytale as a companion to the game. You can find it here: https://foxtrotgames.com/forest/the-fairy-tale/ I've never read the story, but the context feels connected to the game without being too pasted on or too disruptive. For example, the Goose power retaining the ability to lead the next hand isn't obvious. But the relationship between the powers of the card made a lot of sense. The humans tended to have higher numbers, with the queen being the highest and their powers bend the shape of the game, either to give the player more options or to force the other player’s hand. The animals represented lower numbers and have trickier powers that invert expectations, like changing the trump card or who gets to lead the next trick.

Fox in the Forest is one of my favorite two-player games, and one of the games I recommend the most across the board. It's rare to play a game that has so few components but that feels like it can be played by many different people.